Possibly the worst foster carer in the world….ever!

(Editor's note:  Ha, just because you adopted your first two foster kittens, does not make you the worst foster carer in the world - it makes the kittens very lucky to have found you.) 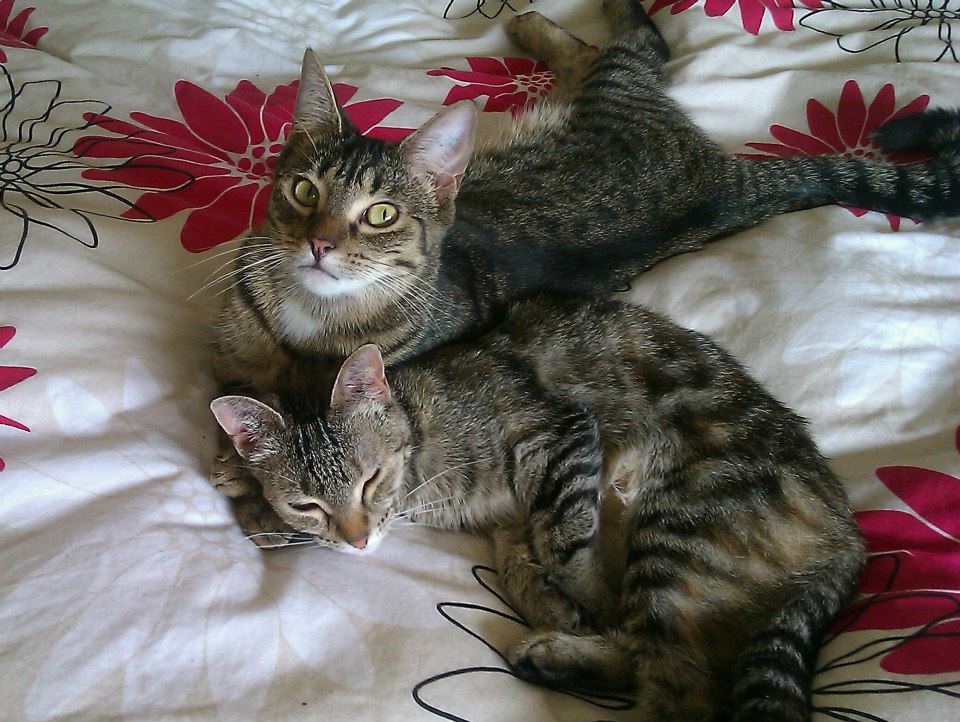 My husband and I signed up to foster for MAR about 9 months ago after seeing them at a stall. We both love animals but felt that maybe living in a rental property would make it too hard to commit to a pet full time. The experience was pretty smooth from filling in the application form and being able to highlight exactly what we felt we could cope with in terms of animals that would be happy sharing our lifestyle. We’re out at work all day so we thought 2 older cats that were great pals and could keep each other company would be a good option. It really did not take long from submitting the form before the MAR team were in touch saying they had an option for us. I was so excited but I know my husband was a bit more wary, being a country boy he was not convinced that a cat would be happy living with us in a smallish apartment in the inner suburbs.

The MAR team arrived a week or so later with litter tray, bowls, food - everything we needed plus of course the two stars of the show our adorable foster cats then known and Dippsy and Shyloh. They were initially very nervous and spent much of the first week hiding under the bed, on top of the wardrobe, behind the washing machine anywhere dark and quiet. As time went by they grew to trust us and we saw their personalities develop, little Shyloh soon became known as Curious George as she stuck her nose into everything, climbed up everywhere and nose bumped her way right into my husband’s heart. Dippsy proved to be more focused on her two main loves in life …food and cuddles she was fast renamed affectionately as fatty she found her place securely on my lap, shoulders, neck (basically anywhere she could get some cuddles) – she’s a mumma’s girl!

It did not take us long to realise that we were destined to be the worst foster carers in history and would fail to part with our girls if the time should come that someone wanted to adopt them. The MAR team were awesome giving us loads of time to make sure we were certain about the decision and putting no pressure on us one way or the other. We adopted the girls officially about a month ago and we’re so happy.

Whilst we are not the best advert for fostering we are one of the best adverts for how MAR can provide options for animals with nowhere else to go. The girls are the sweetest most affectionate animals and I still can’t believe that anyone could look into their eyes and do anything but love them. Happily now they will be safe, happy and probably a little bit spoilt until the end of their days.